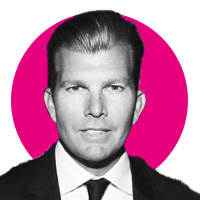 Talk Abstract:
Hackrod has been blazing a trail through the digital design, engineering and manufacturing landscape to connect and invent the technologies required to achieve ‘design without compromise’. Currently the road from design intent to physical product  requires compromises caused by production engineering needs, manufacturing constraints and minimum volume commitments….’the valley of death’.  Hackrod is proving out their vision of a new manufacturing future with La Bandita, a classic speedster designed in VR, engineered with generative design and 3D printed full size in Aluminum. They have made important progress in this journey and as they build this car, this is the last mile.

Talk title:
Driving the last mile from bits to atoms and jumping the ‘valley of death’……How Hackrod is redefining design process for the 21st century.

Bio:
Mike “Mouse” McCoy is the CEO/Co Founder and Creative Director of the Digital Industrial start up company Hackrod. Prior to founding Hackrod Mouse was the CEO of the award-winning Entertainment Studio Bandito Brothers.

During his ten years at the Helm of Bandito Brothers, he is most proud of architecting the unique branded entertainment model with the US Navy SEALs that led to the #1 box office Feature Film “Act of Valor” which he produced and directed. Following up on that success, Mouse directed the global trans media campaign “Hot Wheels for Real” for Mattel that set three Automotive World Records and earned a Cannes Gold Lion, Clio Gold and numerous other awards.

Mouse started his career as a professional motorcycle racer with such accolades as winning the Baja 500, Baja 1000 and starring in the now cult film classic “Dust to Glory”. From his racing career, he moved on to being a top Hollywood stuntman that paved the way for his movie directing career.

The realization that quite a bit of his world revolved around taking artists 3D renderings and engineering rapid prototyped manufacturing solutions for the production of entertainment led to the launch of a deep research project in collaboration with Autodesk looking at Future of Making Things. With the theme of “could three kids in a garage start a car company and solve large scale complex industrial problems using future forward technologies”, Hackrod was born. Hackrod is currently laying claim to the world’s first car designed in virtual reality, engineered by artificial intelligence, made with the full potential of advanced manufacturing and delivered by the supply chain of the future.

Hackrod is a Digital Industrial company redefining the way vehicles are designed, engineered and manufactured in the 21st Century.

We are developing a methodology that will enable the rapid prototyping of bespoke vehicle solutions and fully realize the concept of consumer as co-creator in the automotive space,

Drawing on our collective experience in Advanced Manufacturing, Industrial Design, Aerospace, Motorsport, Media and Entertainment, we are uniquely positioned to revolutionize the way vehicles are conceived and consumed.

Hackrod draws from the artistry and individuality of 20th century ‘Hotrodding’ and the rebellious, tech savvy innovation of ‘hacker’ culture to empower the everyman to create the vehicle of his dreams or needs.