Reality Check: Real-Life Examples And Applications Of Simulation And Optimisation 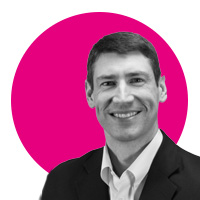 Simulation is playing an ever-increasing role in driving all aspects of product design.

Topology optimisation solutions have proliferated in recent years, but to be used most effectively, they should be part of a larger design process that leverages system simulation, manufacturing simulation and a variety of other optimisation technologies.

Altair will show how these technologies can be integrated into the design process to produce meaningful improvements to products and production. As part of its’ simulation-driven design vision, Altair will introduce revolutionary new simulation technology capable of performing structural analysis directly on large, complex CAD assemblies in seconds to minutes with unprecedented ease and robustness.

For more than 25 years, Mr. Dagg has been a visionary behind Altair’s software strategy and development activities. Prior to his role as CTO, Mr. Dagg was the Senior Vice President for Altair’s newest subsidiary, solidThinking. In this role, he was responsible for leading the development of its concept design technologies, Inspire and Evolve.

Mr. Dagg joined Altair in 1987 where he worked as a structural analyst and as a multi-body dynamics analyst in the field of vehicle dynamics. He then transitioned to a software development role in 1990 where he was responsible for both custom and commercial software projects. Beginning in 1995 and for more than a decade, Mr. Dagg oversaw the development of Altair’s computer-aided engineering (CAE) software suite, Altair® HyperWorks®.

Dagg received his BSME in 1988 from the University of Michigan and his MS in Applied Mechanics from U of M in 1993.