‘3D Printer Development in the UK’ 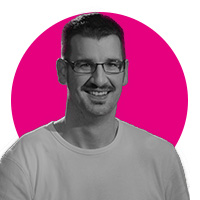 Talk Abstract:
An in-depth look at the development of the CEL Robox 3D printing eco-system, including the design process and how the company has responded to a changing marketplace and new developments in the industry.

Biography:
After graduating with a BSc (Eng.) Hons in Industrial Design from De Montfort University in 2000, Chris won a Royal Society of Arts placement for a position at Hewlett-Packard before working in the product design offices for a variety of companies including Vax Ltd, the floor cleaning specialist and then setting up CEL in 2007. After launching CEL’s flagship product, the POWER8worrkshop, he has been widely recognised for design excellence in UK media through Dragons’ Den and The Gadget Show as well as industry bodies. CEL shifted its attention to 3D printing with the launch of the Robox 3D printer on Kickstarter in late 2013.